STIs and Getting Tested 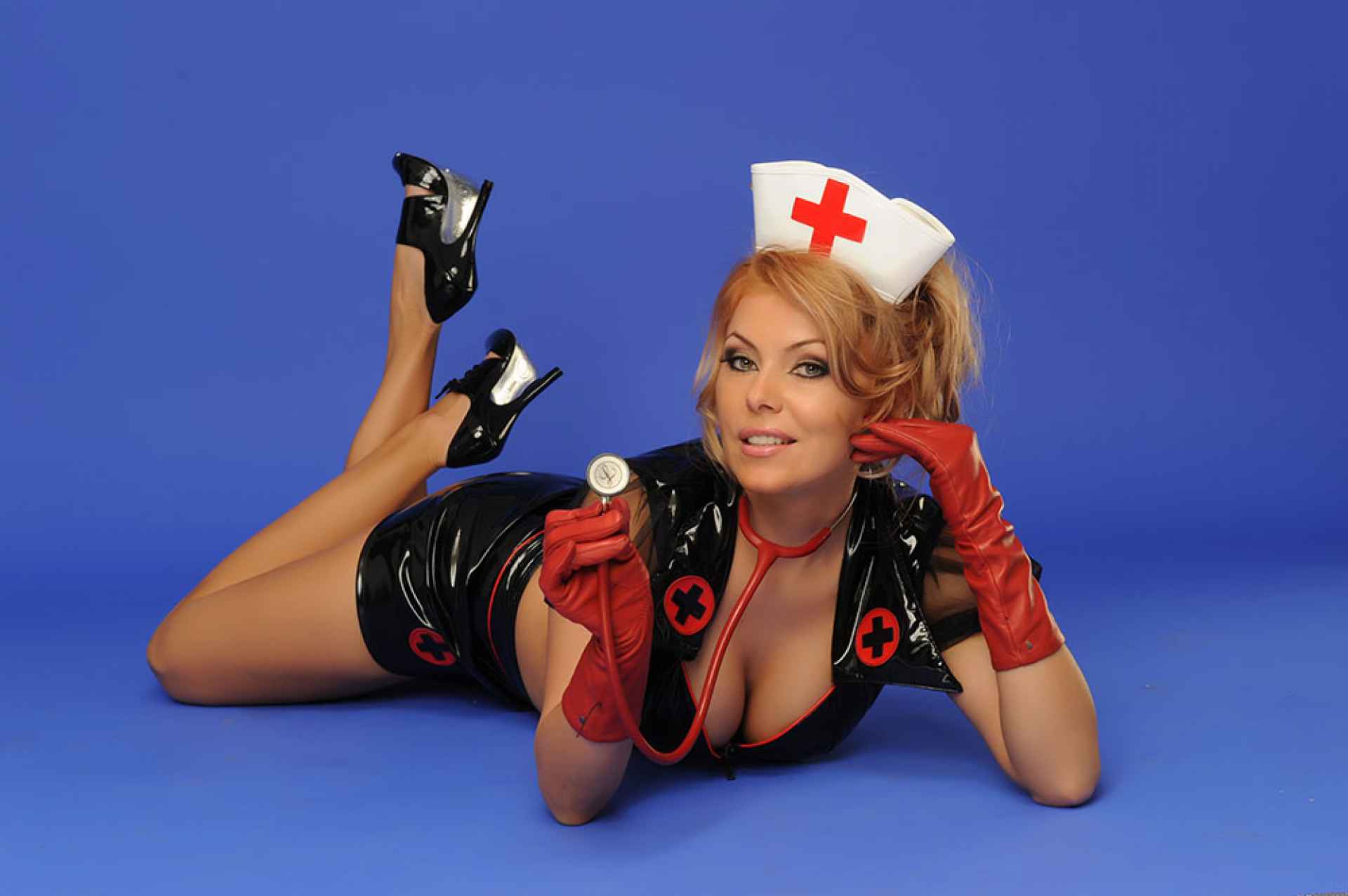 Questions and answers about STIs.

Dr. Steve McGough was interviewed by Danielle Page to talk about the importance of regular sexual health check-ups and ask her questions about STIs you yourself may have had or do have.

What is syphilis? Our readers would love to know what causes this STI (bacteria? virus?), as well as have an explanation as to what that is and how it works — ex: What part of the body it affects and how it affects it.

Syphilis is transmitted between people via direct contact with a syphilis sore (or chancre). Syphilis chancres can be on or around the external genitals, inside the vagina, around the anus and inside the rectum, as well as around and in the mouth. It also can be transmitted from mother to child during childbirth. Syphilis initially infects the local region of contact, but then spreads and colonizes the body.

Historically syphilis has been called the “great imitator” because it can appear very different at different stages of the disease.

It typically occurs through four stages defined as primary, secondary, latent, and tertiary.  It also can be considered congenital if it was transferred to the child from the mother.

In the primary stage, which usually occurs within 3-90 days after sexual contact (usually after about 3 weeks), the STI often appears as a single painless sore or raised lesion. In some cases there will be multiple small lesions. This changes from a slight distortion in the skin to an ulcer over time. Sometimes, these lesions can become painful later.

If syphilis isn’t treated it progresses to the secondary stage. This can be anywhere between four to 10 weeks. The secondary stage can have many different manifestations including a red or pink rash (that usually doesn’t itch) on your body and arms, as well as your palms and soles of your feet. Flat, whitish colored “wart like” lesions can form on your mucus membranes (mouth, vagina, anus, etc.). These lesions can transmit syphilis to others if they have direct contact with them.

Many other symptoms can occur as it progresses including fever, sore throat, pain in the joints, as well as liver and kidney problems. Many of these symptoms will go away after three to six weeks. A significant number of people never get the primary stage symptoms and only exhibit the secondary symptoms later, which often makes them not search out a cure for the cause since the time between symptoms and initial sexual exposure is so dragged out.

People in the “early latent” stage can still be very contagious to spread the disease even though they may not have any symptoms. They also may have a relapse and develop the secondary stage symptoms again. People in the “late latent” stage often don’t have any symptoms and are less contagious — but can still spread the disease.

As the disease progresses without treatment it enters the tertiary stage and can manifest in other ways. This stage is usually 3 to 15 years after initial infection. About 1/3 of people develop this, which can lead to both disfigurement and life-threatening conditions. At this point, the infected individual is not considered to be as contagious. Symptom manifestations in the tertiary stages of syphilis are generally categorized as:

Cardiovascular syphilis: This tends to happen 10-30 years after infection. Here, there is damage to the lining of the blood vessels, particularly the aorta and heart.

Gummatous syphilis: This tends to happen 1-45 years after infection and causes tumor like areas (often quite large) to form over the body on the skin, bone, organs, etc. This causes the typical disfigurement that is has been historically associated with syphilis.

Congenital syphilis occurs when a mother is infected and transfers it to her child during pregnancy or during birth. Two-thirds of children are born without symptoms, but later develop problems with their livers, spleen, lungs, and if not treated, and they survive, the disease can progress to disfigurement and joint damage. Many countries recommend all pregnant women be tested for syphilis because they can be infected and not realize it.

Most Common Questions about Syphilis

How many people contract syphilis per year in the U.S.?

The latest information from the US Center for Disease Control indicates that as of 2015 there were 23,872 reported cases of primary and secondary syphilis in the United States. This means about 7.5 people are infected per 100,000. The disturbing trend is the (reported) infection rate has increased by 19% since 2014 and 66.7% since 2011.

Why would you say that is?

The mucus membrane lining of the vagina is more easily penetrated than skin on the penis. As well, the environment is moist and more suitable to allow the bacteria to survive longer. The initial infection often has painless lesions. If these occur inside the woman’s vagina she won’t be able to see them as easily as a man would notice on his penis.

How long do symptoms take to show up once you contract syphilis?
The initial symptoms show up in 3 to 90 days. The other symptoms (mentioned above) develop over time if the disease is not treated.

For women there is also the risk of transmitting it to their children.

How is syphilis diagnosed?
Syphilis diagnosis is confirmed with a blood test. Visual inspection for lesions in the primary stage or other signs and symptoms in the later stages is an indicator but the best confirmation is from a blood test.

Is there an at-home test you can take?

Yes. There are “at home” tests you can order online for approximately $25 that test for syphilis and many other sexually transmitted infections/diseases.

Condom usage can limit exposure; however, if a lesion is on an area not covered by the condom, there is still a risk of exposure. Also, oral sex where there is a lesion (or possibly deeply kissing someone where they have active lesions in their mouth) can potentially transmit the disease.

How do you treat syphilis?
According to the US Center for Disease control (in most cases) a single (intramuscular, i.e., in the muscle) injection of long-acting Benzathine Penicillin G will cure someone with primary, secondary or early latent syphilis. This will typically clear the person of the disease, but will not restore any damage it may have already caused to the person’s body.

If someone has had syphilis for a long time (i.e., are in the latent stage) they are often give three doses of the same antibiotic over time (typically weekly). However, in some cases of tertiary syphilis longer-term IV antibiotics and possibly a stay in the hospital to receive them is needed.

Different antibiotic approaches are taken with people who are allergic to syphilis.

Children who have contracted syphilis from their mothers (congenitally) are treated in a similar manner, typically.

There is a very concerning trend in different sexually transmitted diseases becoming resistant to antibiotics. This is most common with gonorrhea, but cases have been reported with syphilis and chlamydia. In this case, longer-term treatment with different antibiotics is needed to (hopefully) cure it.

Are there different treatment options?

Typically one (or more) injections of Benzathine Penicillin G will cure syphilis, unless you are allergic to penicillin or have a strain of syphilis that is resistant to it.

How long does the treatment take to work?
The antibiotics will work quickly, but it is difficult to answer how long it takes to “cure” someone. This should be reviewed by their doctor. Typically, blood tests are done 6 and 12 months after antibiotics are give to ensure the syphilis hasn’t returned. In cases with people who haven’t been treated until they develop latent or tertiary stages, blood tests are also done at 24 months. In cases where there are other diseases present (such as HIV), more frequent testing is typically done.

Can syphilis be cured? If so, how long does it take to do so?
Other than cases where someone has contracted a strain of syphilis that is antibiotic resistant it should be curable with proper treatment. In resistant cases, hopefully different antibiotic approaches will work, but this needs to be carefully monitored.

I believe length of treatment and when the patient is finally cured should be left to conversations and follow-ups between the patient and their doctor, as this may vary based on their situation.

How long should you wait after treatment before having sex again?

I believe the person with syphilis should talk with their doctor about this before engaging in sexual activity.

Syphilis can be transmitted to another person through any active lesions. It would only be “truly safe” after those have healed (and the disease is no longer detectable via blood tests).

So, you should talk with your doctor first.

If you have any concerns or questions about your sexual health, call your family doctor or visit a walk-in clinic as soon as possible.