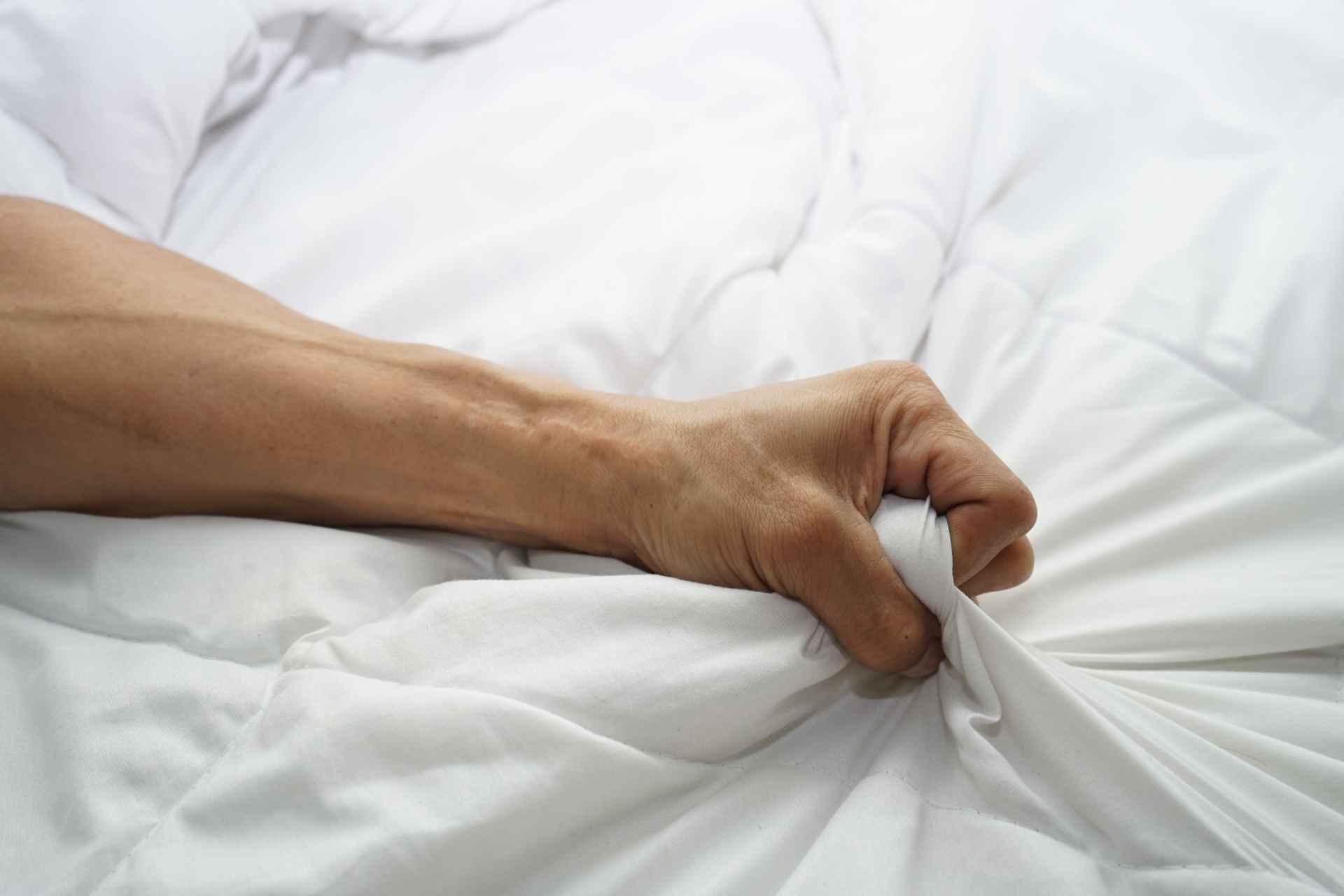 A nearly endless orgasm with the vast capacity for more — without the standard feelings of “Okay, I’m done.” A whole new world.

I’ve been chasing the prostate orgasm for months, perhaps years now, the way many women chase that elusive first g-spot orgasm. While some assholes may still question the existence of a g-spot, there’s no doubt that the prostate exists. The question is, rather: can it produce pleasure on its own?

I’d heard tell around the campfire, my friends, about the orgasm without ejaculation, conjured from prostate stimulation. I was told it could be long, multiple, and unlike anything I’d ever experienced (namely short and single). After all, our bodies are designed so once the come shoots out, the shop gets closed up, the lights get turned off, and our balls say, “you don’t have to go home, but you can’t stay here.”

I think I’d once come close with a very special friend who was intent on focusing on me instead of her. She had me feeling all sorts of unique and new sensations before putting her mouth on me to finish the job. That orgasm had an ejaculation, indeed, but the erection didn’t immediately subside. It looked like someone forgot to turn off the lights. The factory was still running.

This fascinated me because that never happens. I’m one of those people who, once I’ve come, the chemicals produced change my point of view so dramatically that I feel like I never need to have sex again. Been there, done that, came on the t-shirt.

I’d never known anyone who’d actually managed a prostate orgasm. Compared to it, the g-spot orgasm may be elusive, but was fairly common amongst the open women in my social circle. Not only that, most of that circle seemed not to care that it might be a thing.

But I cared. I cared big time.

Much of my definition of sex has been caught up in that white, jizzy final expulsion. Since I know myself, and that I have that “closed for business entirely” sensibility after an orgasm, I tend to put my partner’s pleasure first. Once she has had an orgasm, or many, only then do I allow myself to head in that direction. The idea of an orgasm that wouldn’t end things for me is tremendously appealing.

The problems with chasing such an orgasm are myriad. It’s a sensitive area indeed. The first prostate orgasm, much like a first g-spot orgasm, requires a lot of time, concentration, and effort to bring forth.

If they exist at all, that is. Tristan Taormino has assured me that they do, as not only has she seen one, but she’s conjured one. Of course, if Tristan laid those beautiful hands on me, in me… I got lost in a thought.

All this talk about the possibility that they don’t exist is silly, though, isn’t it? Especially now that I’ve had one.

Yesterday, on a bed near the rooftop hot tub at Desire Resort and Spa in sunny Cancún, as I enjoyed demonstrating the nJoy Eleven on a very willing friend, I asked if someone might insert my favorite butt plug, handmade by the incredibly talented Boris.

A volunteer came forward, a beautiful woman with whom I’d shared a lot of eye contact and some kisses at our speed dating event. I was assured she was a professional (though I wasn’t certain what that meant at the time) and that I shouldn’t worry. I wasn’t worried to begin with, but I thanked her for volunteering, for her enthusiasm, and returned my attention to the Eleven and my lovely playmate.

Before long I couldn’t support myself on my hands and knees. My lovely playmate below suggested that I lie next to her and took my hand. My volunteer asked if I was doing alright, if it was too much, touching my arm and thigh as she asked. Tremendously comforting. “I’m very comfortable saying ‘Ouch, ouch, that hurts!’” I told her.

She became more aggressive, moving her whole body in rhythm, gripping my thigh and my arm at times, putting her hand on my chest to gain leverage, to hold me down, to push the energy right into me.

Somewhere in there, it started.

I’ve always achieved small spasms during prostate play, the kind of spasms you hit as your cock is being played with, those early signposts that you’re going in the right direction. With prostate stimulation, these moments were usually brief but very pleasurable. But on that bed, with this expert, I found these spasms elongating and coming closer together, becoming tremors and full-body shaking. Bigger and bigger, closer and closer, until the gap between them disappeared.

Here’s where it all gets fuzzy and dreamlike. Once the gap vanished it was like a wave rushing toward shore that wasn’t breaking, and the shore just moved back at the same speed as the wave. On and on the shakiness rolled, spasming, rocking my body. I couldn’t breathe. I couldn’t think.

“Shh, don’t clench,” she whispered to me, running her fingers along my very tense legs. My hands were indeed clenched into tight fists. I opened them and put my head back down.

This continued for the better part of an hour. At least I think so. I honestly have no idea because time had fractured and lost meaning. I may have been orgasming for decades or only a minute. I’ve since been assured it was almost fifty minutes from the beginning of the “clearly orgasmic” portion of my time on that bed to the end.

When I threw the flag down and tapped out.

I thanked her, words unable to accurately reflect my gratitude. She assured me that I had indeed progressed through many and varied orgasms if my face and body were any indication. As I lie there, basking for a while, a curious thing happened. An aftershock tremor hit, causing me to curl up my knees to my chest—an ecstatic moment of orgasmic delight.

This by itself was surprising enough, but when these tremors continued during the walk back to my room, during the shower before dinner, while getting food from the buffet, (I had to ask a friend to get me a deviled egg because I couldn’t hold the tongs steady) and through on to dessert. Only after sitting at dinner for an hour or so did the tremors finally begin to subside.

A nearly endless orgasm with the vast capacity for more. Without the standard feelings of “Okay, I’m done.” A whole new world. How thrilling that is. After all, I’m no longer chasing the possibly mythical prostate orgasm.