Shelley, an ASN Most Influential Woman of the Lifestyle

What does a woman who’s seen so much of the world have to say about the Lifestyle? Find out here in this ASN interview with Shelley Giantonio.

Shelley is one of ASN Lifestyle Magazine‘s Most Influential Women of the Lifestyle. All women featured in this series were chosen by the swinger community and ASN readers. Meet these women: who they are, and how they are recognized as leaders, influencers, and contributors within the Lifestyle community.

Shelley Giantonio is a dynamic woman in the Lifestyle with many achievements to her credit. She’s been actively involved in the Lifestyle with her husband and partner of 23 years since her early 20s. Her college studies were in computer science and eventually used that training to become an independent advanced database lead programmer for several well-known public companies. She took those skills and applied them initially to a Lifestyle hotel party company called “Exquisite Affairs” from 2004 to 2007 and then starting in 2010, to her Lifestyle travel and event production company, SLS Events LLC, and ToplessTravel.com, which she owns and operates with her husband. Topless Travel quickly became one of the largest-volume Lifestyle travel companies in the USA. The substantial success of that company led her to help spearhead the development of Bliss Cruise, which charters mega-ships from Royal Caribbean and Celebrity Cruise lines that and produces the largest Lifestyle events in the world aboard those ships. She is currently the CFO of the corporation, manages the day to day office administration, wrote all the code for the BlissCruise.com website, and facilitates the integration of the site with the booking engine. She has traveled to roughly 60 countries around the world and is a master skydiver with more than 500 jumps logged, and she has also flown a Russian Mig Fighter Jet. You will never catch Shelley sitting still because she is a non-stop go-getter.

What do you think is the biggest challenge going from being a monogamous couple to a swinging couple?

Well, I never actually had that challenge! 23 years ago, at 23 years old, I called off my wedding and decided to go skydiving to celebrate! This is where I met my life partner, who was the owner at the skydiving school. I had no intention of getting into another monogamous relationship, and he had never been monogamous. So, we entered our relationship as non-committed partners and started experimenting at swing clubs shortly after we met.

What’s the most common question you receive from people when they ask you about your personal practices within the Lifestyle? What is your response?

I have to say it is, “What are your rules?” My response is that at this stage of my life, after being involved in every aspect of the Lifestyle for the past 23 years, I have no rules. My husband and I have a totally open relationship. We are open about our desires and needs, and as long as what we want doesn’t impede something we had plans for, or want to do together, then everything is on the table! … or in the bedroom.

What advice do you have for women who are just dipping their toes into the Lifestyle?

I tell them that there may be times when they see their partner with someone else or vice versa, and emotions can initially run very high. It is imperative that they have good communication with their partner and talk about each other’s insecurities, jealousy, and/or what aroused them — and do it while it is fresh in their mind, generally after they get home in bed after a Lifestyle encounter.

When you first entered the Lifestyle, what’s the best advice you were given?

My first Lifestyle encounter was at a swing club that my partner and I drove by and decided to go in. The host couple gave us a tour and stopped us at their “fishbowl room,” where we watched numerous couples having sex. It was an enormous turn on, and the host couple that was showing us around said if you are turned on, you should just jump right in the playroom and “go for it” — which is what we did right then and there — and that was the best advice we could have ever received.

How has the Lifestyle has improved your life?

The obvious thing is that it has enhanced our communication a great deal. It has also brought many people into our lives that are more than just friends but rather people that we are very intimate with. After all, we trust those people sleeping with our spouse, and they are more like extended family. Additionally, we have turned our social life into a viable business that gives us the ability to live an extremely comfortable life financially. 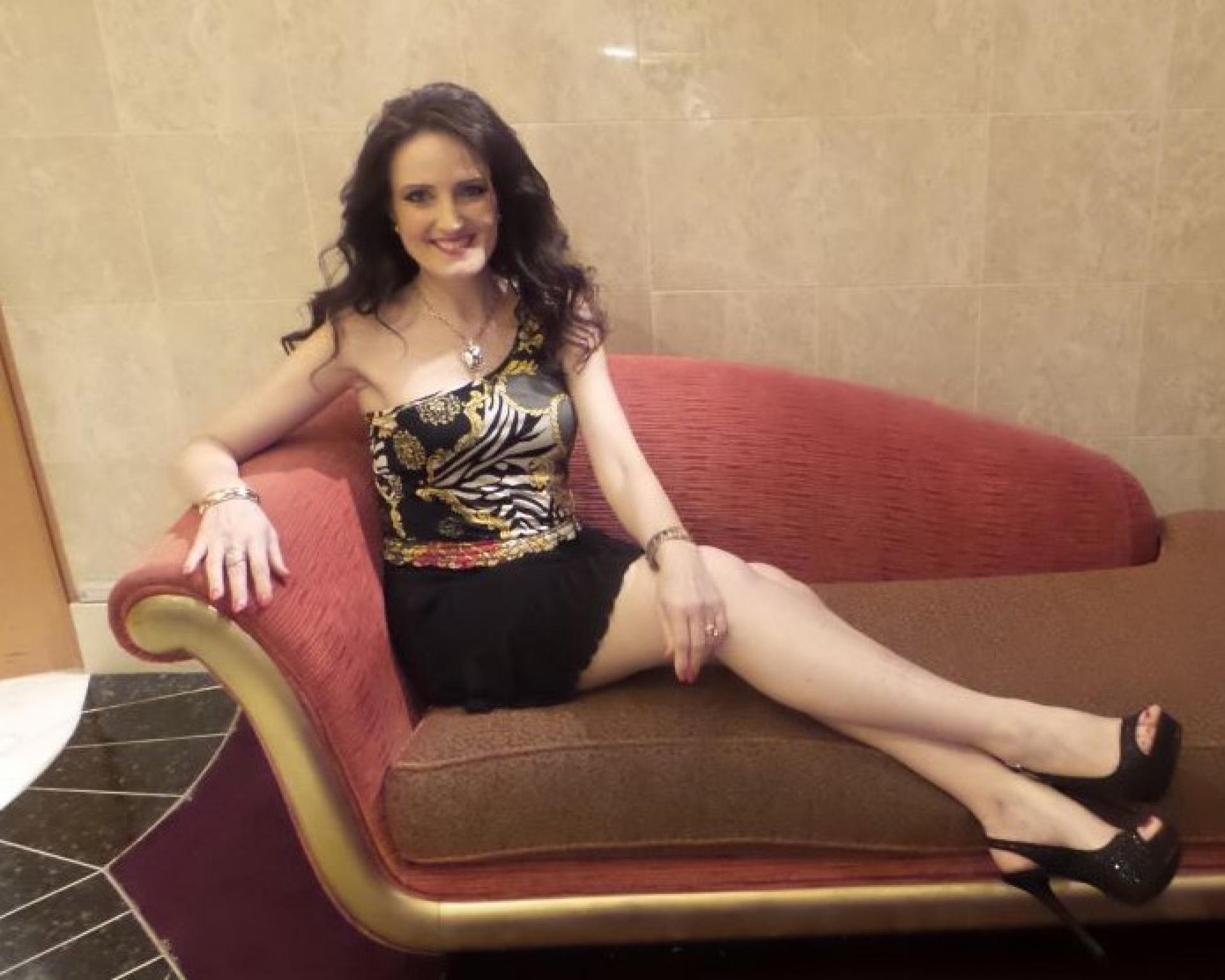 As an influential woman in the Lifestyle, what makes people gravitate to you or what makes you a leader?

Being the owner of Topless Travel as well as the CFO of Bliss Cruise, I oversee the staff at the guest relations desk on all the Bliss Mega Cruises. As a result, I meet many couples that come in to rebook their next cruise or have questions on how to get the most out of their vacation with Bliss. Those folks seem to gravitate to me, I guess, because they see me as an owner/manager of a hugely successful Lifestyle business that produces an event for literally thousands of Lifestyle couples on any given cruise. I believe many of those couples on board have one of their best Lifestyle experiences. Some couples may attribute that good time to me having to help facilitate that by producing (along with my partners and hundreds of staffers) an unforgettable event.

I would say that the place where I give the most advice to people getting into or already in the Lifestyle is when I manage the Topless Travel Guest relations desk at each of my twelve annual events at Hedonism Resort in Jamaica. Many ‘newbie’ couples that go to my events come up to the front desk during the week-long event to ask for advice. When my staff and I check them in upon arrival, I always make sure to tell each couple that if they have any questions, they can ask me personally. I find myself often giving marital and swinger advice in situations with newbies. The more seasoned swingers will often ask me questions about the resort or their reservation details.

What’s the most common misperception the general public has about women in the Lifestyle?

Well, it would be the puritan thinking that women that have sex with many partners are sluts. I believe it is also that the general public tends to think that the Lifestyle is not sustainable as a viable way for married couples to live their lives indefinitely. Of course, I know that not to be true, as I have thousands of client couples that have been married and swinging for 10, 20, 30, and even 40+ years and are still with the same partner.

How would you describe the sexual evolution of you and other women in the Lifestyle?

Well, I don’t know if I can speak for other women because in my case, I started in the Lifestyle as many women do — by initially playing with women, and then soft swap, then same room full swap, then separate room swap, and eventually towards a fully open relationship with my spouse, where we permit each other to have playmates outside of our marriage.

If you’ve come out to your family and friends, what was that like and how do you feel now?

Early on, my partner and I did an interview on a network TV show about the Lifestyle, and both our families saw it. Of course, they were upset about it, but more about the fact that we “put it out there” than what it was that we were doing. I pointed out that they were more concerned about what people would think about us than we were, so there was no need for them to be upset because we were comfortable letting people know we chose to live our lives in the Lifestyle. We have since been on numerous TV programs with a Lifestyle topic. Of course, we are happy that we can be public advocates for this wonderful way to live our lives.

If you are not bisexual, do you feel there’s a negative stigma around you and why? What could change this for others moving forward?

If communication is key to success in any relationship, what advice do you have for women to bring up the topic of entering the Lifestyle without their partner feeling they just want to “sleep around” or that their partner is “not enough?”

For women that have a desire to experiment in the Lifestyle and are apprehensive about bringing it up to their partner, I’d say the best advice is to communicate those desires to your partner by saying you’d like to share some of your fantasies with him. The very best time to do that is when you are in bed together at the foreplay stage of lovemaking. Women will find that even the most conservative men are always more open to anything a woman says when they have an erection. Remember to keep that communication going after the lovemaking is done. 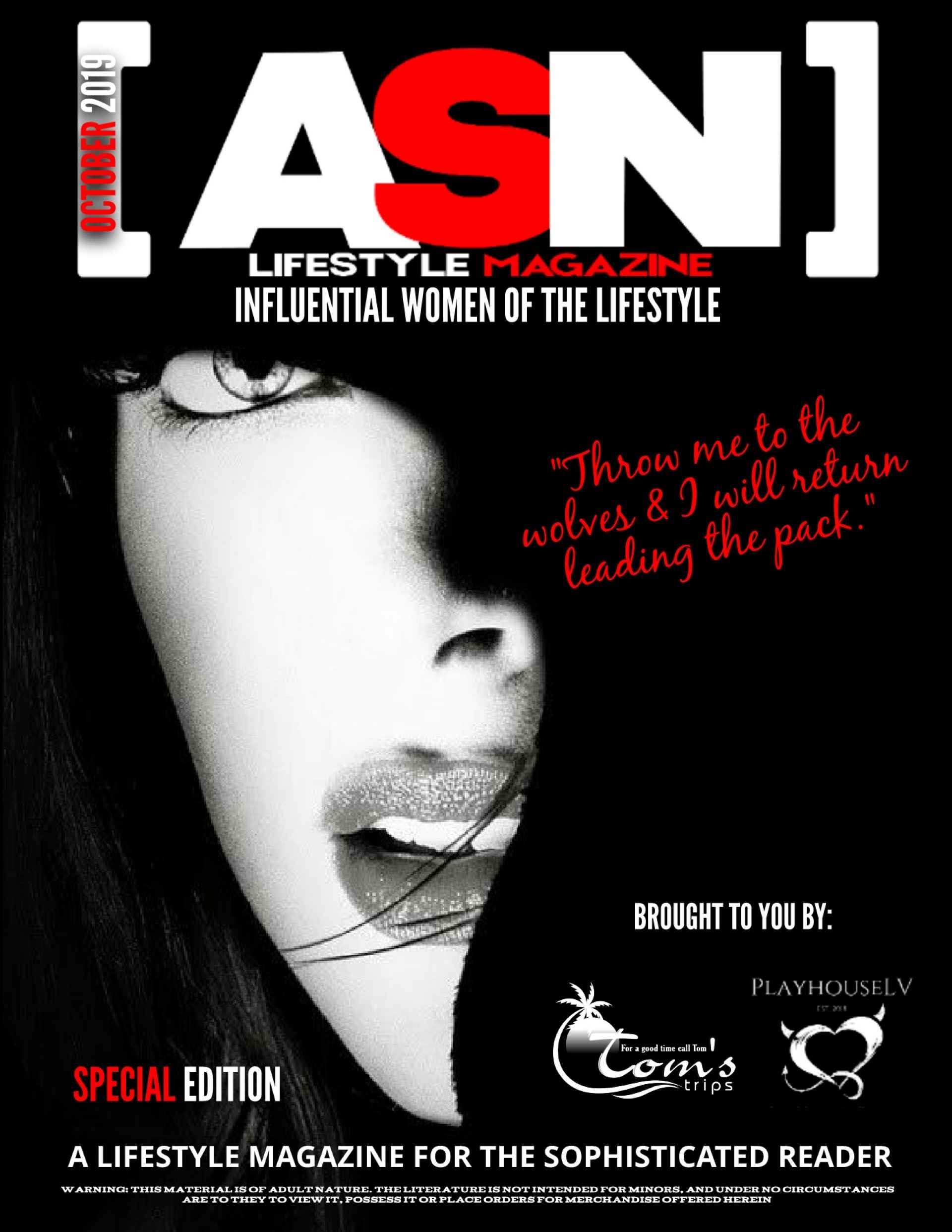 This article originally appeared in the October 2019 issue of ASN Lifestyle Magazine.