How to Address Common Miscommunications Couples Have in the Bedroom SDC.com

Home » Swingers Blog » Swingers News » How to Address Common Miscommunications Couples Have in the Bedroom SDC.com 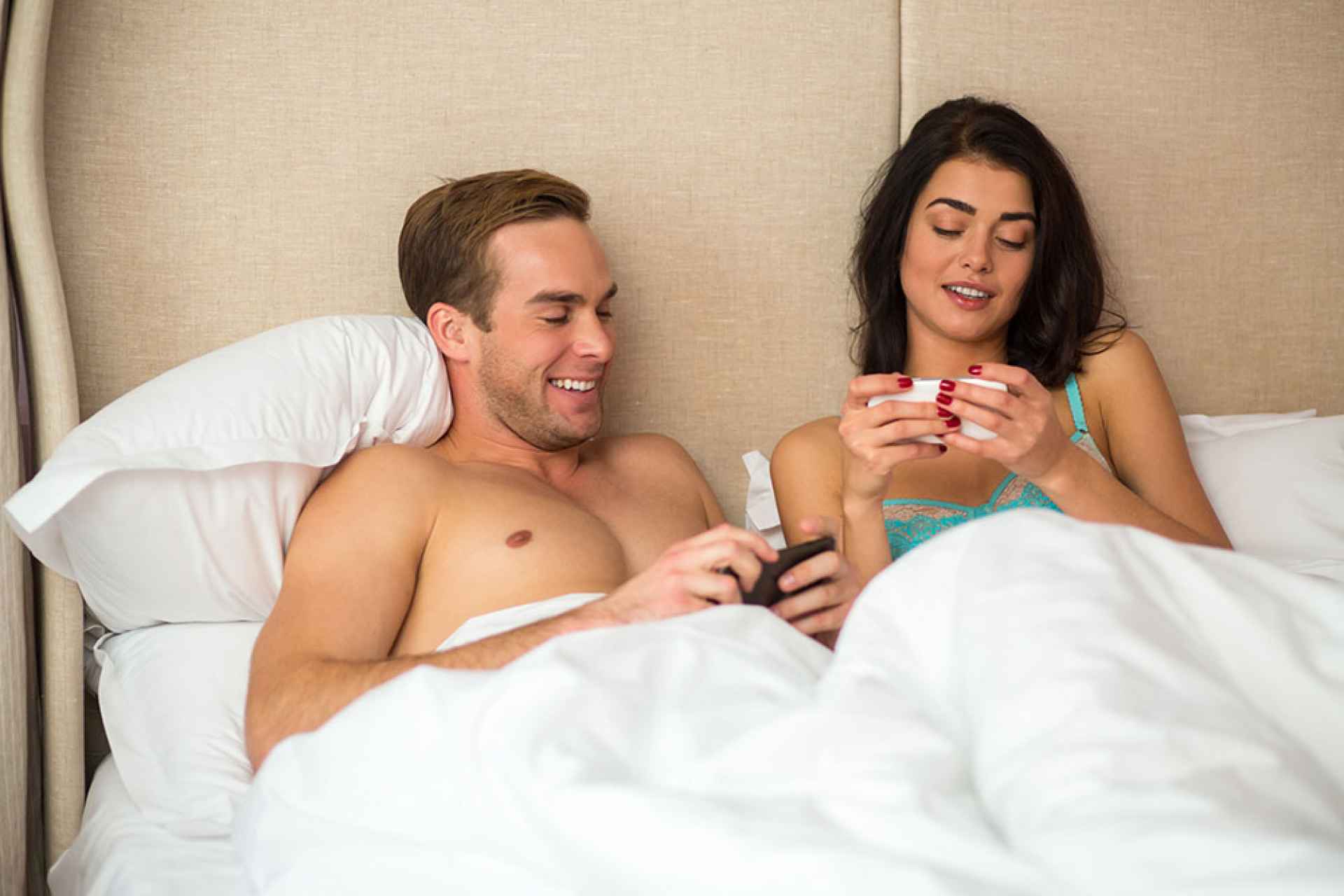 It’s commonly known that communication is key to any strong relationship. Being open and honest helps you grow as a couple and keeps you involved intimately in each other’s lives. However, it’s important to communicate about more than just your daily activities and feelings, communication in the bedroom is equally (if not more) pertinent to a strong bond between partners. Dr. Steve McGough already took us through the common miscommunications sexual partners face in a previous article, and now he’s going to explain how to deal with them and move forward to build a stronger, more successful relationship.

Miscommunication 1: One Partner Thinks Something is Wrong with Them

This can have many causes. One common challenge is that frequently couples don’t know how to communicate to each other when they’re in the mood. For example, a woman may come home totally exhausted and stressed out. Her partner, however, is really in the mood. Later she is in the mood, but uses more subtle cues to try to let her partner know — and her partner doesn’t realize it. Sometimes one partner begins to frequently masturbate as a way to compensate – and there’s nothing wrong with that. However, many times they are masturbating when their partner is in the mood, as well. They just don’t realize it. So, they miss out on times they could share intimately together. Over time, the couple attribute this to “getting older” when it’s really just a misunderstanding. There are two great approaches to help here. First, agree to openly and clearly tell each other when you are in the mood. If the other partner isn’t in the mood, agree that you’ll schedule a time later to be intimate. Another option is to schedule regular date nights where you have time allocated for being intimate. This is best when done at a time you aren’t tired or have other immediate obligations. Another cause is physical changes that happen as we age: such as disease or medications. Many drugs, particularly anti-depressants and blood pressure medicine can dramatically reduce sex drive in men and women. Unfortunately, sometimes with anti-depressants, the effect lasts long after they have stopped taking the medication. Also, many men begin experiencing erectile dysfunction when they get past 40. And women experience significant changes after menopause. While any health issue needs to be addressed, it doesn’t mean it’s the end of having a passionate intimate life. The important thing for couples to be aware of is that their other partner’s sex drive may still be high, even though they are experiencing health challenges that limit them. Openly talking about each other’s sexual needs is a critical first step in addressing these challenges. Then the couple can begin exploring new ways they might take care of each other’s sexual needs. Another miscommunication is what it means to be sexy. Our culture has conditioned us to believe the only way to be sexy is to be young and in perfect physical shape. In reality, this marketing hype only represents a tiny percentage of the population. Many times, partners compare themselves to these totally unrealistic standards and feel bad about their bodies. This tends to get worse as we age, particularly with women. A recent study found that one of the best ways couples can become more accepting of themselves is to book a week-long stay together at a nudist resort. While this will be scary for many at first, by the end of the week it’s amazing how much better they’ll feel about their bodies. A great thing to consider for partners is what they could do that would be exciting, kinky, daring just the way they are. Explore fantasies, and be open with each other about what you would find interesting.

Frequently, partners have different ideas of what “sex” is. Is it achieving orgasm together, intercourse, oral or manual stimulation, emotional intimacy and connection, spiritual connection? Many times, one partner will view sex as just the act of intercourse. Our society is geared that way, in general. For instance, most activities other than intercourse are called “foreplay.” However, the actual experience is much more than just intercourse. At times, one partner (often, but not always men) will be in the mood and want to go directly to sexual activities, while the other partner associates being in the mood with emotional connection and displays of mutual affection. This can include doing things together first like having a nice dinner, getting a massage from their partner or doing something romantic. This process then leads to increased desire (i.e., the mental aspect of sexual attraction), which leads to physical arousal. For men “desire” and “arousal” tend to occur simultaneously. However, for women, it is often two separate, but overlapping stages. I teach a great mother to help reconnect called “Intimacy Massage.” It’s been featured in Prevention, on MSN, Redbook, on Bustle, etc. The Intimacy massage is an evolution of a technique called “Sensate Focusing,” which was created by Sex Research Pioneers Bill Masters and Virginia Johnson (of Masters & Johnson). W’ve taken it further by following a specific pattern that stimulates various nerves (for exampled, the vagus nerve, etc.) in a manner that increases intimacy, emotional connection, and desire. Another variation of this is that one partner believes the other should perform certain sexual acts, such as oral sex, but the other doesn’t think so. The best way to address this is for each partner to openly talk about what they want, physically. If one partner wants something the other isn’t comfortable or good at doing, it’s good to talk about possible alternatives. For instance, if a man desires oral sex but his partner doesn’t like doing that they can explore alternative ways to stimulate him. For instance, using oil and good hand technique or getting a masturbation sleeve can often be as enjoyable as oral sex for men. Another option is to perform it in the shower after the man has been well washed. The perception of being in the shower often changes how people view this. As well, for women who want oral sex, but their partner either doesn’t want to or isn’t good at it, they can explore using oils and hand massage as well as when they’re in the shower. For oral sex techniques, there are many programs available online. This can be fun “homework” for each partner. One great thing to try is having a set time for each partner where they practice their homework on the other. Then the next day, etc. the other partner practices their technique. For many people, it can be both relaxing and exciting to know that one day each week they’ll receive sexual stimulation from their partner without having to reciprocate. As long as both partners do this they also enhance their experience giving to their partner for the sheer sake of making them feel good. This often helps couples increase their emotional connection over time. Make sure you have time to engage in intimacy together, which will often be better over time as you learn more technique.