F is for Fornication SDC.com 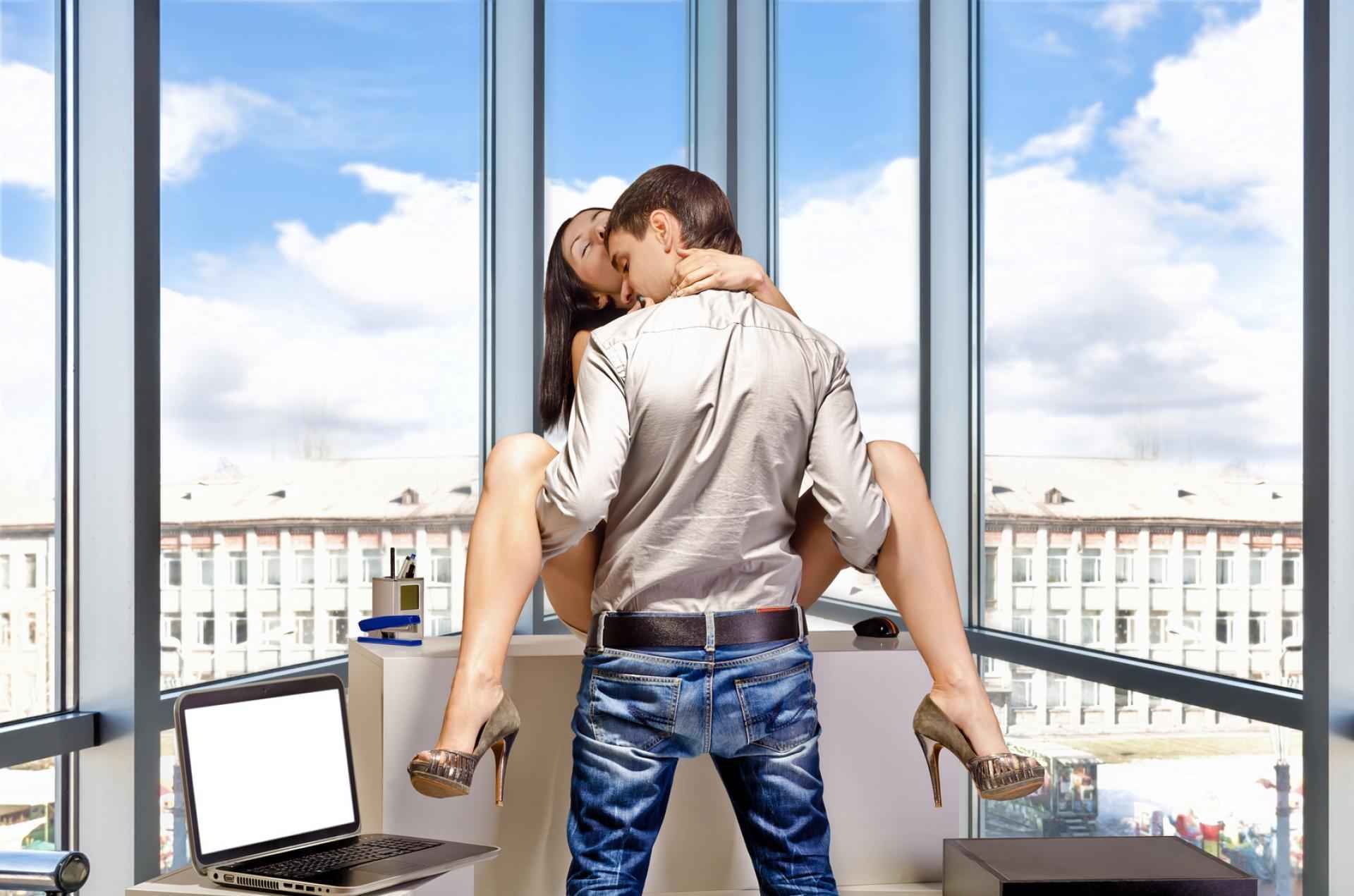 Most people think fornication is another term for fucking. It has been said that Fuck is an acronym for Fornication Under Consent of the King. However, the actual dictionary definition of “Fornication” is sex between two adults who are not married to each other. So, not sure if the King would agree to that!

In essence, the term fornication encompasses swinging as swinging is sex between people who may be married or in a relationship sharing with others who they are not married to.

It starts with curiosity

I work a lot with couples who want to expand their relationship to include others sexually.

Usually it starts with the couple wanting to introduce a third. And from there it keeps going.

It can be a big decision to invite others in. It takes time to comprehend what it means. It is important to first have a solid base in your relationship, so that you are not searching for something that is missing but rather adding to what you have. Insecurities can arise. It is essential to have open communication and to share your fantasies, and talk about each situation you find yourself in as a couple. How is it for you both? Many times one person feels left out, so it is important to stay connected and touch base with each other during and after.

If insecurities arise, then take time to address them, look at them and see where they come from. Usually they are based on fear. Fear of losing your loved one. Fear that they will find someone better. It is essential to keep assuring your loved one that they are the most important person in your life, that you appreciate their sense of adventurism. And honor them if insecurities arise.

We were living in an RV, traveling around America teaching seminars and working with people. At one of our seminars he noticed my connection to one of the participants. We offered to give him a ride home as it was on our way. As we were driving, my partner said, “Go and get it on you two!” The sexual energy between us was very strong. I took him to the bed in the back of the RV and we got naked and started to get it on. My partner was catching glimpses of us in the rearview mirror. All of a sudden he pulled over and said, “I can’t stand this any longer!” At first I thought he was angry, but then he stood up and he had his trousers undone and his cock was rock hard! He was massively turned on!

He said, “Let’s take this outside.” And proceeded to grab a blanket and motioned for us to head out of the RV and continue our lovemaking, so he could watch. After the new guy had orgasmed, my partner was quick to jump in. He entered me and had the most powerful orgasm! For him it was such a turn on to watch me being passionate with another man. That was the beginning of us opening up our relationship to others.

The beginning of polyamory

It felt natural for me to encourage him to be with another woman so I too could see how I reacted. I wanted to feel what it was like to see him passionately connect with another person.

To be honest, at first thoughts of “what if he likes her more than me” arose. And in my head I rationalized that if he really enjoyed her more than me then he should be with her, and not me. But the reality was that he loved the experience, and was so grateful for me allowing it that his love for me grew even stronger.

Many years later, and countless sexual fornications later, he was traveling in Canada and met a woman who fell in love with him. They had a very strong connection. What to do? We were still very much in love, but here was this other woman who also wanted to be part of his life… She would fly down and visit with us. She wasn’t really into threesomes. She wanted my partner all to herself. I had a trip planned to go to Hedonism (a swingers resort in Jamaica) to teach some workshops so I suggested she stay and spend quality time with my partner while I was away. I knew she would tend to his every need and he wouldn’t feel lonely or envious that I was away having fun. It worked out really well. So well, that more and more she would travel down to spend time with him when I had to go out of town for work.

Eventually, we couldn’t deny the connection any longer. She became an integral part of our lives and our businesses, too. We made the decision that she should move down permanently to be with us. We bought a house four doors down and my partner would spend time with her when I traveled and also some time with her when I was home, too. We have dinners together, go for walks, talk about life, and love. We are there for each other, physically, emotionally and energetically. It is a beautiful relationship.

This was the beginning of our polyamorous lifestyle. We added to what we already had and made it even better.

Communication is the key

Fornication with others helps to keep things alive and exciting. I love bringing other couples and individuals into our bed and home. It feels natural to share with others.

We have been in this lifestyle for more than 20 years. It can take time to work out what works and what doesn’t.

Trust is key. Communication is essential. At first many couples set up limits such as no penetration or penetration only with condoms or no kissing… these limits are fine when exploring sex with others. But it is also important to talk about what if somehow one of you goes beyond the boundaries. Rather than super strict limits, it is also important to look at what happens if one person oversteps the boundaries and the other feels upset and angry?

What if communication isn’t there?

Recently on a trip to Cap D’Agde (a nudist/swingers community in the South of France) we connected with a couple who were new to the lifestyle, but wanted to explore it more with us. We took it slowly. Met socially. Flirted. Then one evening we ended up getting intimate. My partner and the other woman had an awesome connection. Very passionate and heated. I did my best to seduce her husband, but he was continuously occupied with watching his wife interact with my partner. He couldn’t get a hard on, as much as I tried every trick in the book! My partner saw me having fun with him and thought that if he was OK with me playing with him then it was OK for my guy to go further with his wife. So, my partner proceeded to follow her lead. But as soon as the husband realized she was actually doing it with my man he freaked out!

Apparently one of their hard limits was no actual sex. He instantly got up and started screaming at her saying, “It’s over between us! How dare you do that! We agreed not to.”

My partner and I felt so bad. The evening was going so well. I wasn’t concerned that her husband didn’t get a hard on as that is quite normal for first-timers. She was very passionate and had shared she really wanted to be more open sexually and loved my openness.

But she was petrified that this man of her dreams would threaten to end it all because she had gone further than anticipated.

We got dressed and I insisted that we talk about what happened. We explained from our perspective what had passed… we assured them that we were sexually healthy, that we only share with others intimately when we feel a strong connection and anticipate a future ongoing friendship.

But the damage was done. We realized we had to leave them their space and let them work it out. I emphasized the importance of talking it through. Giving each other some slack. Learning from the experience and not allowing one indiscretion to destroy an entire life together.

At the same time though my partner pointed out to him that he was limiting her sexual expression and putting brakes on how sexual she could be which would ultimately squash her essence, her passion and her ability to be all she could be…

This is true but sometimes couples entering into the swing scene need to take baby steps… whatever they are comfortable with. Plus make a commitment to talk things through if one feels uncomfortable with how things proceed.

Talk it out before you pound it out

Having discussions before fornicating is important. Maybe we should have talked in more depth with the newbie couple beforehand about boundaries, but things were progressing so organically and effortlessly… A lesson learned! Having talks after each experience is important, too. Looking within at your fears and owning them is important. Allowing and encouraging each other to go further and experience more is also important.

In my work as a sexologist, I am often the sounding board for couples who are expanding their relationships to include others. Many times I am invited to attend cruises and swinger resorts and offer my services to couples who would like some guidance. I also host workshops focused on connecting deeper with each other and exploring more with others. I even travel with couples to resorts and on vacations as their guide to the swinging scene. I feel honored that couples trust me to help guide them into this lifestyle.

Fornicating is fun! Sex with others can be fabulous and offer so much potential for learning and growing in your relationship. Variety is the spice of life. Welcome to this amazing community of open-minded, sexually explorative people! I’d rather be fornicating!https://www.sdc.com/relationship/open/f-is-for-fornication/