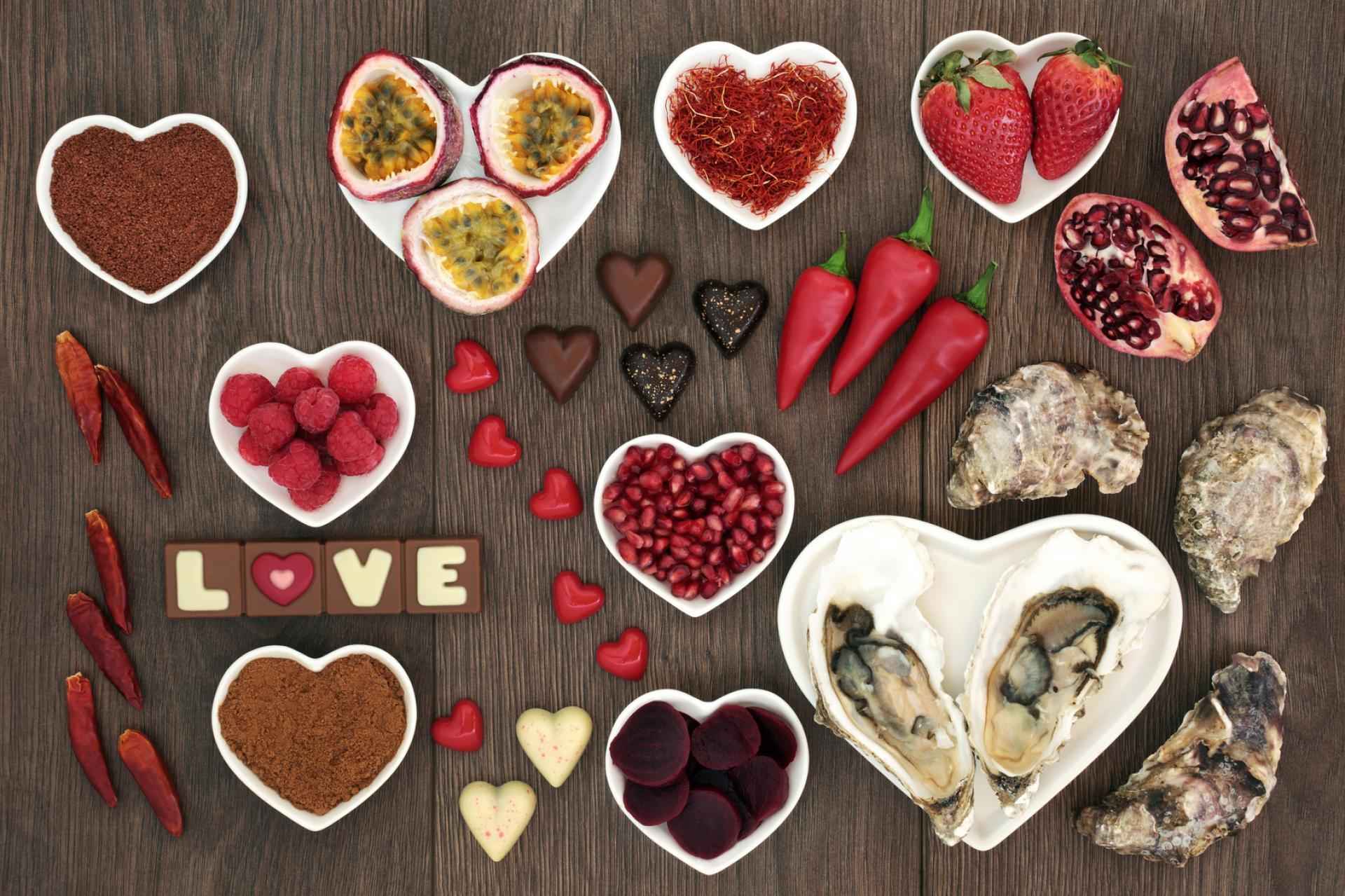 Dr. Steve McGough explains how to increase intensity in your intimate moments with a few immediate remedies, and some areas that you and your partner can develop over time to grow and evolve your relationship both in and out the bedroom.

Start with a Healthy Foundation

For most people, having healthy sexual expression is usually a natural part of being healthy. The same is true if you have chronic stress, lack of sleep and health challenges it can have an equally big impact on your libido. Chronic loss of sleep adds stress and hurts your libido. Avoiding chronic lack of sleep isn’t always easy when you have young children and/or crazy, busy lifestyles, but it’s something to be aware of to help improve things sexually. Couples often take this for granted when they are young, only to realize later that their sex life has lost its “magic.” So, I always recommend looking at your foundation of good health first.

Unfortunately, according to the American Psychological Association, the current generation is the most stressed of all American generations. Chronic stress isn’t just unhealthy, it has been shown to reduce women’s sexual desire, as well.

So, What Can You Do?

Getting the amount of sleep that is right for you (you feel rested) is important. While it seems obvious if you’re so tired you’re about to fall asleep, many people don’t realize that chronically not getting enough rest can reduce their interest in sex. A recent study indicated that getting enough sleep increased sexual activity for women. Plus, women getting longer average sleep than those not, reported more pleasure from the experience. However, women that slept significantly longer reported that they had less sensation. So, balance for what’s right for your body is the key.

While this also will seem obvious, research has confirmed that getting regular exercise has been shown to both increase sexual performance and self-perception.

Of course, regular sexual activity has been widely believed to be healthy, and was associated with lower chance of heart problems in men. Just recently, it was found that regular sex helps men (but not women) lower homocysteine in their blood, which is a significant risk factor in heart disease.

See your MD if you have pain during intercourse, this can be a show-stopper and women are often embarrassed to tell their partner about it. Vulvodynia and vaginismus (pelvic pain/painful intercourse) are far more common than most people realize. If this is a problem, it would be good to tell your MD.

Also, check on the medications you are taking, as well as any other health concerns you may have. These are important because they can sometimes create problems in couple’s sex lives.

Antidepressants can significantly reduce sex drive in women (and men). These include Selective Serotonin Reuptake Inhibitors (SSRIs) Antidepressants such as Prozac, Zoloft, and many others. These drugs increase levels of serotonin in the brain, which – unfortunately, as a side effect — can reduce libido in 30%-80% of people taking them. Tricyclic antidepressants use different mechanisms, but have also reported reductions in libido.

Birth control pills have often been reported to reduce libido in women. This is believed to be due them reducing sex hormones, particularly testosterone. One study indicated that there was also an elevation in sex hormone binding globulin (SHBG) in the blood, which also reduces sexual hormones. The concerning observation was the continued production of SHBG in women long after they stopped taking birth control pills.

Antihistamines can both reduce production of mucus (the natural lubricant) in women’s vaginas, as well as possibly have other mechanisms not yet understood. The good news is their effect appears to be temporary.

Anti-Seizure medications such as Tegretol cause some degree of reduced sensation, and has a variety of sexual side effects in men and women.

Other “drugs” that aren’t as commonly mentioned, but we’ve seen having negative impacts on libido, are chronic overuse of caffeine and alcohol. Both can lead to reduced sleep and generally elevated stress levels (including elevated cortisol, etc.). And as mentioned above, chronic stress and lack of sleep have been shown in several studies to reduce sex drive.

For men, frequent erectile dysfunction (ED) should be a sign they need to see their MD for a check-up. While there, instead of just asking for Viagra take a serious look at possible heart disease. ED is often seen as a major risk factor for developing heart disease later.

As well, for men and women who suffer from Post Traumatic Stress, erectile dysfunction and reduced sex drive are very common.  This should be addressed with your MD as well.

Foods to Help with Lost Libido

One really exciting possibility for dealing with reduced libido from antidepressants comes from an unexpected source, the spice Saffron. Saffron has historically been considered an aphrodisiac, but only recently has it gotten interest both for helping with depression, and helping women recover from low libido that was caused by their anti-depressant drug.

A double-blind, placebo-controlled study showed that saffron significantly helped women who had lost their libido from taking an anti-depressant.

Sadly, this isn’t a well-known fact, but saffron appears to help depression directly. So, it’s possible you wouldn’t even need the traditional antidepressants that can cause lost libido. However, definitely talk with your MD about this first.

While we’re on the topic of aphrodisiacs, unfortunately, a summary of the widely used ones indicated that there wasn’t enough data to say if they worked or not. As well, since there was little safety data, the study authors cautioned people about taking them.

However, one of the aphrodisiacs of folklore called Maca root or Maca powder has shown that it can help with increasing general well-being, and result in sexual benefit. However, past summaries have shown it to be unclear if it truly does increase libido or just make you feel better, overall.

Either way, it’s a “food” that some might want to consider. Particularly considering the lack of alternatives. A pilot study recently indicated maca root can help women with both blood pressure and depression.

An apple a day
While this may not be considered an aphrodisiac, it’s a great thing to eat an apple each day, especially with the new “side effect” it appears to have. Apple consumption is associated with better sexual quality in young women.

Being warm (wearing socks) can help

A study in Sweden found that women had more difficulty achieving orgasm when their feet were cold. Wearing socks significantly helped. Go figure.

Get enough light during the day

Past studies have also indicated getting enough daylight is important for fighting depression.

If there are challenges with premature ejaculation, consider both training programs and condoms with desensitizing lotion on the inside. While some couples may not want to use a condom if they are in a monogamous relationship, adding a desensitizing condom can often dramatically increase the time a male partner can last before ejaculating.

Agree to have regular “just for them” times where one partner does whatever the other partner wants without receiving anything during the session. However, the other partner then does this for the first partner on a different day.

This is above and beyond times you are together to take care of each other sexually. During each person’s “just for them” time they share with the “giving” partner what they’d like. This can be sexual or just a foot rub, etc., it’s totally up to them. Over time, doing this will demonstrate to each partner how much you care about each other in a very powerful, nonverbal way. This can also be a really nice stress reliever to know that on a certain day each week or month your partner is going to do what you’d like so you can have an amazing orgasm(s), massage, etc. and you can just relax afterward with no obligation to reciprocate until their “time” on another day. This mutual caring for each other tends to enhance the quality of your relationship both when you are together sexually, as well as anytime.

If your partner wants you to do something that you aren’t comfortable with, ask them what alternatives they would also really enjoy. For example, in some cases, a partner doesn’t enjoy oral sex. However, there are great techniques using oil and your hands or certain toys, sleeves, etc. that can mimic those sensations and often provide even more intense stimulation. As well, for women receiving oral sex, if the woman’s partner has reservations try it in the shower — just don’t slip and fall.

Just make sure to keep doing this, and over time it will become a very nice routine for couples that they look forward to.

If you’ve been in a relationship for a while — or not — ask each other what new activity could you explore together that you haven’t experienced yet.

This can be great couples homework for a new intimate adventure. Agree that while you’re searching, nothing is off limits and you won’t judge each other. Maybe even try to intentionally push the limits and take turns proposing things that you’d normally never do. You don’t have to do them, it’s just a good way to get more comfortable sharing ideas because most couples never tell each other what they really want. Sometimes, by going “way out there” they’re more comfortable talking about what they actually want as well. Get books, watch videos or hit the internet and Google crazy things and visit sites together — just watch out for a different kind of virus visiting certain websites.

Touch Each Other more in Non-Sexual Ways Each Day

One great way to make your partner feel good anytime and anywhere is to give them a hand massage. Most people don’t realize just how amazing and relaxing it is, and it only takes a couple of minutes. Both people should learn this. This program is so helpful we decided to give a free manual away for people to use.

Or touch each other in the morning in a way that will get you in the mood for later. Commit to taking turns (one person massages one day and the other the next) each morning to give each other a massage. This can be done in ways that are both relaxing and arousing. We offer a program called “Intimacy Massage” that is profoundly effective for this. It not only helps people connect deeply, many find it enhances their feelings for being touched, and the ability of their partner to know how to touch them in the most enjoyable ways. This program is an evolution of the original “sensate focusing” techniques created by Sexology Research pioneers Bill Masters and Virginia Johnson. It was part of my graduate research on finding ways to help anorgasmic women.

I don’t have controlled data (yet) but it appears to dramatically increase couple’s ability to “feel” sensation, which pays off big time for intimacy.

If they try the above suggestions, it will help for most people. In fact it usually really helps couples reignite intimacy.

I can attest that massage is profoundly effective for increasing oxytocin levels and decreasing stress.

Multiple studies have shown that oxytocin (the “love hormone”) levels profoundly affect how you feel about your partner. Daily stress increases cortisol (the “stress hormone”), while oxytocin makes you feel good and counteracts the effects of cortisol. The best ways to increase oxytocin are by having orgasms and close intimate touching.

One study found that women with a particular gene that caused differences in how their brain reacted to oxytocin and vasopressin were much more likely to cheat and leave their relationship.