We have been checking out the local bike rallies recently and promoting Tom’s Trips Adult Lifestyle Travel to the attendees, and many people would tell us that in Louisiana there was a Swingers Bike Rally that we should check out.

We have been to Meet ‘n’ Greets, Hotel Parties, House Parties, Swing Clubs, Swinger Conventions and Lifestyle Resorts all over the nation and the world but we have never heard of a Motorcycle Rally that was designed for couples and singles in the lifestyle and thought, what a great idea. Most of the people who go to motorcycle events are usually one shot or one drink shy of being a swinger.

We hooked up with a group put together by Jason and Trinity from the LC which is the local lifestyle club in Shreveport, LA with other couples who also attend EC Oasis near Lafayette, LA which we recently did a video of on our YouTube Channel. We have to say; we love hanging out with the people from Louisiana; they are very friendly and a blast to be around. 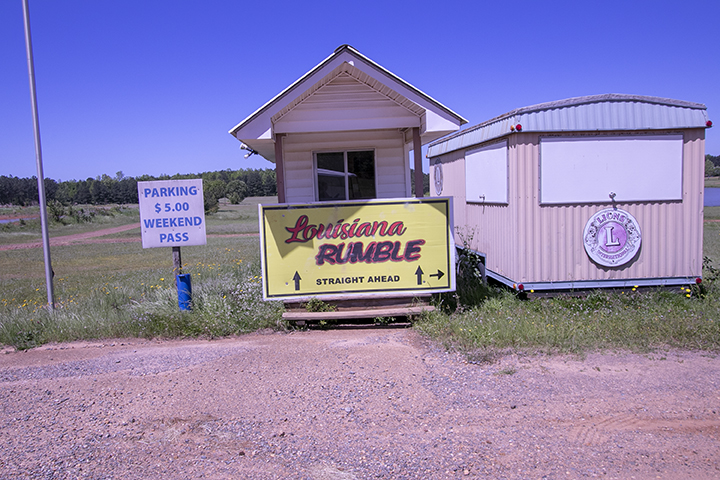 We look up Louisiana Rumble, and we make our reservations to go, it’s fairly inexpensive for the most part, I think we paid $150.00 for camping from Wednesday through Sunday and $40.00 entry for each of us and that included 50 amp electric, water and guy who would come around for free and dump your holding tanks. I tipped his ten bucks for the service; he must not get many tips because he looked at me strangely and profusely thanked me! So if you go and the guy dumps your tanks, give him a tip; it’s a really crappy job in the summer, pun intended. The owners of the rally and their staff were all friendly and hospitable and willing to do whatever it took if you needed anything to make your stay enjoyable. We thought we were going to need a special plug and they came up with one right away for us. We didn’t need it but knowing that they thought of all those small things to help their guest was amazing.

Some of the activities at the Louisiana Rumble included a huge concert stage with two to three bands each day and night performing with a great sound system and lighting with an infield grass area for the audience. During the day they had motorcycle and golf cart games such as the slow race where the last bike to cross the finish line is the winner without putting their feet down. The tennis ball challenge where couples ride through cones with tennis balls and the passenger picks up the tennis balls from the tops of the cones and once all the balls are picked up the rider circles around and the passenger replaces the balls. It sounds easy, but we only saw one person get all the balls back on the cones that day. The golf cart game where they had soccer balls and golf clubs and the challenge was to get your soccer ball across your line before the other, with the wind and the slope of the grass it was harder than it looked.

They did have a bike show, and we debated putting our bike in the show, but we ended up placing it in the Bad Azz Bagger class and not only did we receive the award for the class, thanks to everyone there, we also won Best of Show by peoples votes. That made for a great night for us to celebrate and party.

You could find vendors selling everything from your typical motorcycle apparel, clothing, laser engraving on pretty much anything while you waited, several food vendors and we have to give special mention of The Naughty Box who has a wide array of motorcycle patches, clothing and sex toys of all types for any fetish! Naughty Box is operated by a lifestyle couple Mel and Shannon and will immediately make you feel welcome to the Rumble or any event they are at. Check out their logo and if you see them, be sure to tell them Tom and Bunny said hi! And support them by purchasing one of their cool and unique upside-down skull pineapple logo shirts! Bunny did.

After all the games and concerts the fun moved to the pavilion where Jason and Trinity’s group was all camping, there were DJ systems, a prize where that was created a sexual vibe, the girls spinning could win shots of Vodka, Whisky, Fireball or Tequila, but there were other spots such as Lap Dances, Naked pole dance, Audience choice, and body shots, that wheel was getting quite the use. They had a massage table set up as a body shot table, but while they were using it for it’s intended purpose, we were calling it the oral sex table.

Now at the Louisiana Rumble, they have something special that we have not seen at any other motorcycle rally we have been to — they have The Rumble Room! This room is set up near the pavilion and is a playroom for Couples, single ladies, and invited single men. Single men, in general, are not allowed in unless escorted by a couple or single lady.

We found the rumble to be a very friendly place, and everyone was very approachable and willing to make new friends. Many had motorcycles; many did not and had a great time. A lot of golf carts cruising around the rally and a lot of drinking. If you are not looking to drink party and have a good time, this is not your rally.

The campground is located ten minutes from where Bonnie and Clyde were gunned down. There is a museum and a statue that people were going to check out, we did not get a chance to go being we were either busy partying or too hungover to leave but the people who went said it was well worth it. But we noticed right away that the campground was named Bonnie and Clyde.

The campground is pretty cool; all the roads are named after the Bonnie and Clyde saga such as Barrow Road, Lawman Lane, Main Street, and Bonnie Drive. It looks like during regular times the campground plays host to an outdoor market where people rent or own small buildings.

We plan to go back when we are free, and we look forward to making new friends and visiting with the friends we made while we were there this past event. We strongly suggest that you check out this awesome rally and if you go, be sure to tell them you want to be put with the Jason and Trinity group and you will quickly realize how much fun a motorcycle rally can be with them as your host.

This article was contributed by Tom and Bunny to ASN Lifestyle Magazine. 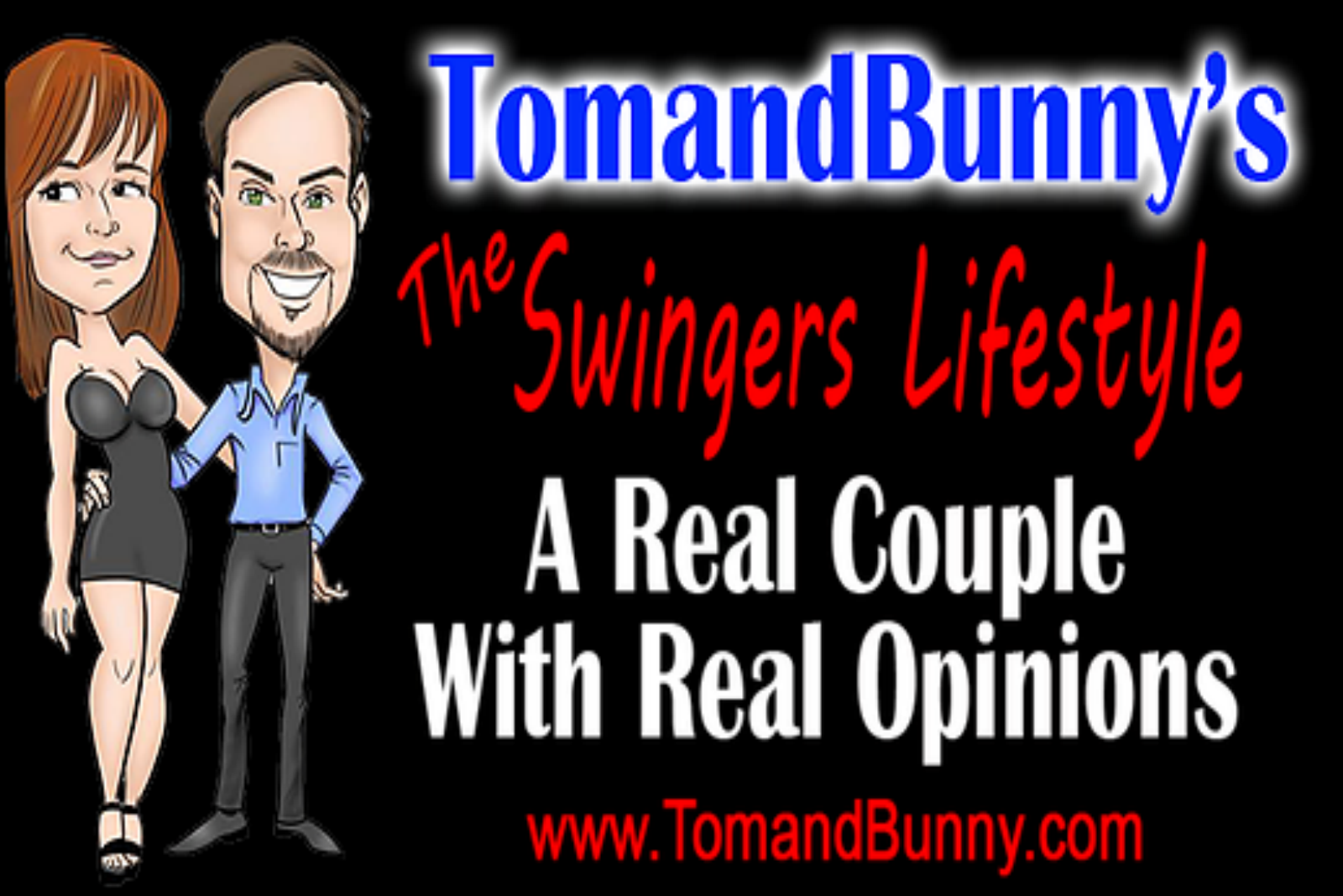 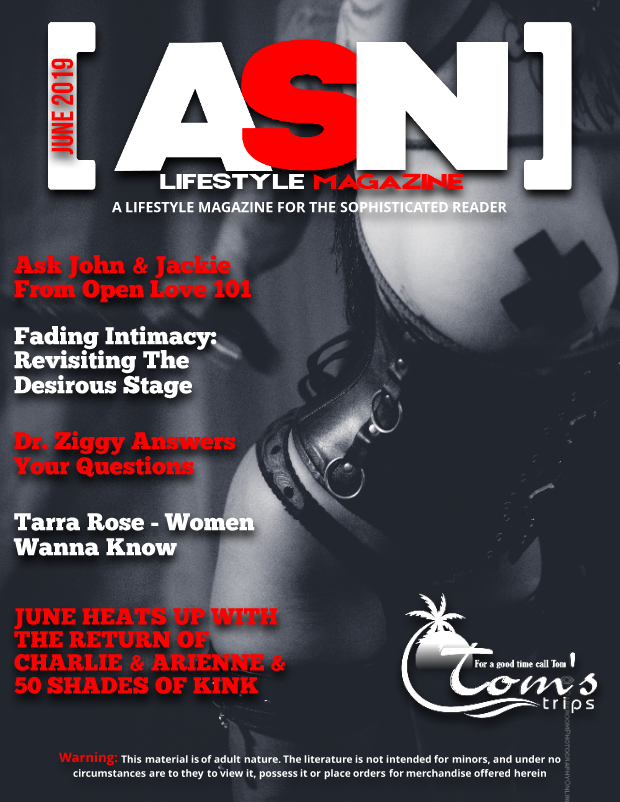 This article originally appeared in the June 2019 issue of ASN Lifestyle Magazine.