What Is the Difference Between Polyamory and Polygamy? SDC.com

Home » Swingers Blog » Swingers News » What Is the Difference Between Polyamory and Polygamy? SDC.com 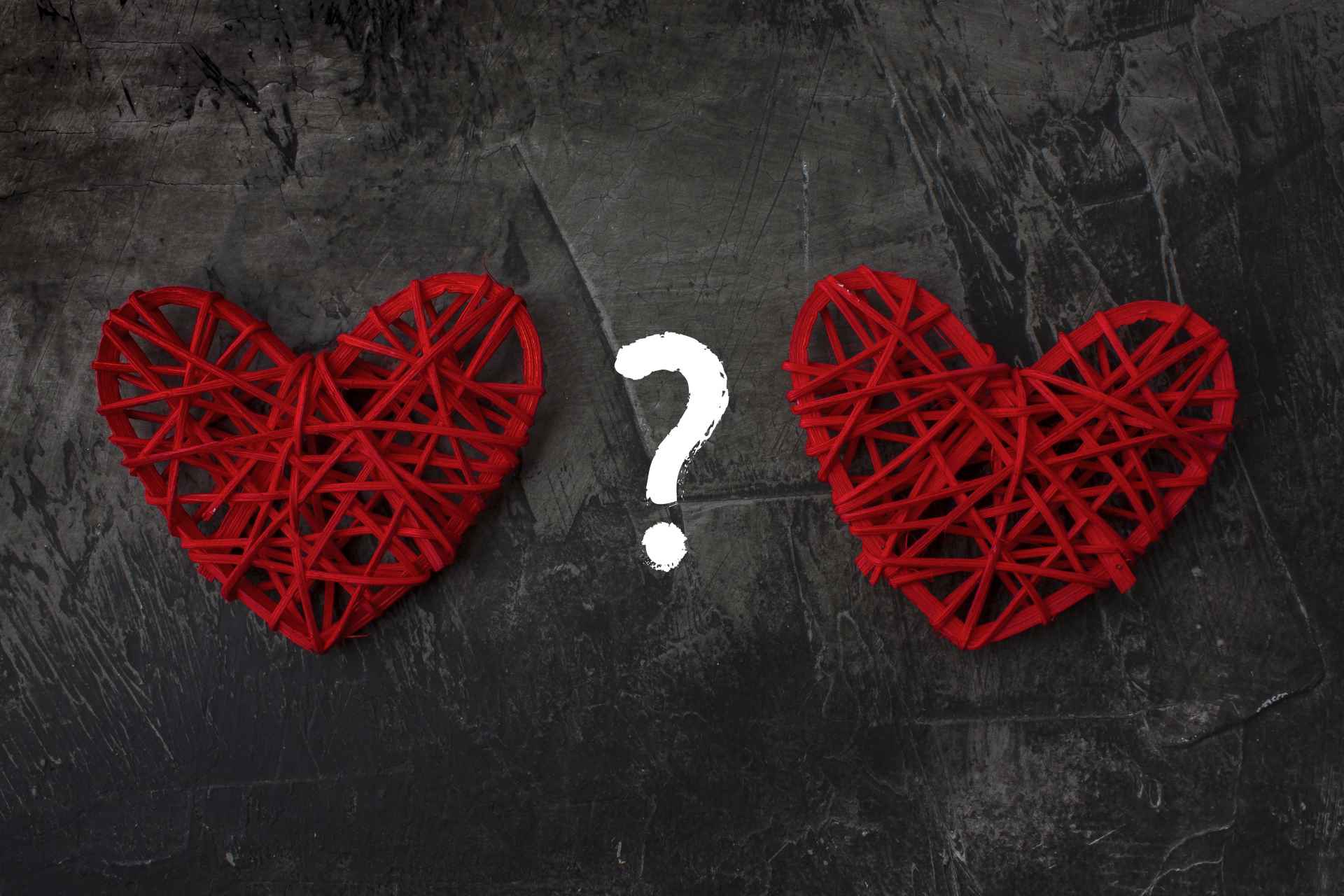 Polyamory, virtually unknown a scant 20 years ago, has become a new buzzword in the worldwide media and Facebook gossip among friends. Many people confuse polyamory with polygamy, and for good reason. Both are rather unconventional in contemporary Western society, and neither polyamory nor polygamy is practiced by or even familiar to the mainstream. The words sound quite similar, each beginning with poly, which is the Greek root word for “many.” Both terms describe multiple partner relationships. Even with these similarities, there are many significant differences.

First, brief definitions: Technically, polyamory means multiple loves, and polygamy means multiple spouses. Polyamory is a form of consensual non-monogamy (CNM) with emotionally intimate relationships among multiple people that can also be sexual and/or romantic partners. In its most common form, polygamy is actually polygyny, in which one man marries multiple women.

Now, five of the main ways that polyamory and polygamy are different from each other.

The biggest difference between polyamory and polygamy is the gender of the partners. In polyamory, anyone of any gender can have multiple partners — the gender of the person or their partner does not matter. Polygamy is almost universally heterosexual, and only one person has multiple spouses of a different gender. The most common form of polygamy by far is polygyny, a marriage in which one man marries multiple women. In polyandry, a rather rare social form, one woman marries multiple men.

For the vast majority of human history, multiple partners meant a man having multiple women (unless a woman was a prostitute). For people to have partners of all genders, regardless of their own gender, is fairly new — first, because so many forms of gender expression have gained visibility and more people are expressing gender variance or partnering with gender-diverse folks. It is also historically atypical for women to be able to openly have multiple male partners. Such flagrant man-izing used to be reserved for the very rich and eccentric women or anarchists — but now even regular women (in the global West and North) can have more than one man if they are in a polyamorous relationship.

Among adults who have participated in my 20+ year study of polyamorous families with children, polyamory is only loosely associated with religion. The majority of the sample had no religious affiliation at all, and some were fairly militantly atheist/rationalist. Religious polyamorists gravitated towards unconventional, accepting, and multiplistic spiritual communities such as (in descending order of frequency) Pagans, Unitarian Universalists, Buddhist, Jewish, and Bahai.

Morning Glory Ravenheart coined the term “polyamory” in 1990. As a concept or practice, polyamory is currently in its third wave of obscure popularity. During the first wave, utopians, feminists, and anarchists advocated consensual non-monogamy as a cure for everything from capitalist oppression to men’s tyrannical ownership of women. The second wave began with the “free love” portion of the sexual revolution of the 1960s and ’70s, flourishing among hippies, swingers, and disco dancers. The third and current wave, largest by far, started with the spread of Internet communication.

Polygamy, on the other hand, has been around ever since people created marriage. Notable men like Abraham, Jacob, David, and Solomon from the Torah/Old Testament had multiple wives and did a lot of begetting with them all. Wealthy men have had access to multiple women in every society, past and present, that anthropologists and sociologists have identified. Sometimes this access is (thinly) veiled by deceit with covert mistresses or commerce with prostitutes. At other times, powerful men’s access to multiple women is condoned by religious and state authorities.

Today, polygamy is most common in Asia, the Middle East, and Africa, in which religious customs limit women’s access to multiple male partners and condone certain men’s access to multiple wives. In some cases, women are also limited from accessing public space or driving, which makes it very difficult to go to school or get the kind of work that would allow personal freedom and control over their own lives. Frequently, family members arrange the women’s marriages for them in negotiation with their future husband, and/or his family if he is quite young.

It is likely for those same reasons of access to education and personal freedom that polyamory (as opposed to polygamy) is most popular in areas that allow women greater access to those things. Polyamory is most common in Australia, Canada, the U.S., and Western Europe — all regions with laws that encode equality between women and men and have high rates of female literacy.

Depending on the region, both polygamy and polyamory face various degrees of marginalization. Polygamy is unremarkable in regions of Asia, the Middle East, and Africa, and polyamory is relatively blasé among liberals in Seattle, London, Paris, and Stockholm. Elsewhere, both are generally viewed as bewildering at a minimum and perhaps even dangerous. Bigamy — being married to two (or more) people at the same time — is illegal in the U.S. and much of the world. And while polyamory is not technically illegal, law enforcement officials have threatened some people in polyamorous relationships with prosecution for adultery even though their relationships were consensual.

Most mainstream polygynous and polyamorous folks in the U.S. live in urban and suburban areas, blending seamlessly into the neighborhoods around them. Because so many people have ex-spouses and new partners with kids from previous marriages, neighbors most likely do not notice the CNM relationships going on around them. The stereotype of polyamorous people living in a commune in California was true for a slightly larger set of people in the 1960s and ’70s but is much less so today. Many people across the world live in shared housing — either with their partner(s) and/or children, other family members, friends, or roommates. Polyamorous groupings tend to blend in with that trend of shared housing, living with roommates or as units of two to five with or without kids. Residential groupings of six or more partners are quite rare, though some poly families with multiple parents and children can be quite large. Some polyamorous folks live alone, especially those who identify as solo poly and can afford to live by themselves.

The stereotype of enormous polygynous families who live in a compound in the desert, keep their women from learning to read, and arrange marriages between much older men and 13-year-old wives who are mothers by 14 is true for only a small minority of polygynous families. Far more polygamous families lead unremarkable lives of going to work, raising their kids, and paying their taxes. Unfortunately, these families have gotten so much bad press (à la Warren Jeffs and his ilk) that it has tainted the entire category of polygynous families.

Mark Henkel, the self-described National Polygamy Advocate, stated that:
“In a modern, Western, secular society in which adult women have full rights and education, Unrelated Consenting Adult Polygamy (UCAP) can be a legitimately rational adult woman’s choice of alternative.  Whether it is a free choice of an abandoned single mom joining a family with an already-proven ‘good husband,’ or whether it is a free choice of both a travelling career woman and another woman who prefers to be a stay-at-home-mom caring for both of their children (instead of shipping children off to low paid strangers at daycare), UCAP does make sense for some women.  Ultimately, today’s modern secular women are not weak, are not feeble-minded, and most of all, such women are not stupid.  The minute that any polygamous husband might even begin to think of being a chest-pounding idiot, those women will gang up on him and put him in his place faster than he can blink. UCAP poses no threat in a modern society – it is an uncoerced adult woman’s choice.”