Binding Love in a Winding Rope

An excerpt from the book OPEN: Conversations for People Considering an Open Relationship. A story of public bondage and belonging.

It was the kind of doorway that might lead one to hell — or Alice’s wonderland, depending on each patron’s experience of the event. A large, ominous, unmarked door was carved into the wall under a bridge in downtown London. Two poles with a velvet VIP rope strung between them stood on each side; guarding the entrance to my first group experience with Naomi. Our hearts raced as we readied ourselves for the night that lay ahead of us, and they skipped a beat as I opened the door for us to go inside.

We were greeted by a couple of beautiful young ladies, and a rather large gentleman dressed in black. They checked our ID to make sure we were on the list, and had a quick look through my bag to make sure I wasn’t bringing in anything illegal. After dropping our coats in the cloakroom, we were shown into the main hall.

Naomi and I had been together for about a year when we decided to embark on our first open experience as a couple. This was it: our first sex party.

The hall seated around 250 people — all nervous explorers looking for some kind of adventure in sexual self-expression. The ice was broken by a show of acrobatics, dance, and a bit of burlesque, to entertain us as we numbed our jittery nerves with alcohol, and met the other prospectors around us.

Fortunately, we were seated at the same table as Emerald. She was in her mid-twenties, tall and slim, with milky white skin and long, wavy red hair. She was striking to look at and equally entertaining to talk to. She’d come with another girl and guy, but she wasn’t in any committed relationship. I secretly hoped that Naomi was as attracted to her as I was. And I spent the next couple of hours quietly wanting her and waiting.

We drank champagne and talked as the dancers and aerialists entertained us. Slowly but surely, clothing began to be removed, revealing more and more topless men, and a swelling selection of women in lingerie. When the entertainment was over, the hostess invited us to fill our glasses, find a friend, and fornicate. Naomi and I were excited, and followed in the footsteps of those around us who relinquished their garments.

I remember it now as having all at once gone by too fast. I felt high on life, drenched in sin, and lost in a sea of bodies all moving against each other. Entire universes were created and collapsed, loves were crystalised, and trusts were forged and destroyed all around us.

Suddenly my time had come. I had trained for this.

I reached into my bag and slowly emerged a twenty-metre length of hemp rope. Naomi slowly got undressed in front of the onlooking crowd, and I remained in only my boxers. My eyes moved up to hers as I pulled the rope through my hands; extending out my arms in repeated full lengths to display the rope to any who would dare to take that voyeur’s step into our dance.

I tied the first knot, and draped the rope around Naomi’s neck; kissing her. Then for what may have been moments (but felt utterly timeless) I slowly wound myself, and the single length of rope, around Naomi’s naked body. I touched her only through the rope which was now an extension of myself— as I bound her in a gentle echo of a thousand generations of patriarchal subjugation.

One of the moments most ingrained in my memory even now happened when my glance strayed out of my focus for an instant, and I locked eyes with a woman at a table a few feet away. She sat with four other women, all clothed only in hairpins and champagne glasses: all staring at us, all wanting, all waiting. What was it they wanted? I imagined, however unlikely, that it was me. But it was more likely Naomi.

They wanted her, I supposed. Not for themselves, but instead to be her in that moment, to feel that binding love in a winding rope, and to be themselves the sole territory, if only for a moment, of a kind and dominant lover. To carve out of that hot room a memory of themselves in that rope dress, bound and on display to a crowd of others equally wanting, equally waiting.

“The skill is mine. The ropes are hers.” I said, gesturing to Naomi.

Naomi and I had agreed before the event that if we found a girl with whom we both connected, we might ask her to join us for a while. But we had equally agreed that the ropes were sacred. They belonged only to Naomi, and my services in the Shibari dance went with them. But there was something clean and clear in the air at that moment — like taking a deep breath outside the morning after a snowstorm. And when Emerald approached Naomi to request permission to enter that holy of holies, it was granted.

Slowly, methodically, I unwound the rope from around Naomi’s body until it fell lifeless in my hands once again. Then I turned my gaze to Emerald; luring her in like prey so that we could begin a new dance together. I touched her through the rope — briefly grazing her velvet skin with my fingers — and then wound myself, and the rope, around her.

Naomi stepped in and out of the dance. She would join us to touch and kiss Emerald, and then me. And she would step out again as if to assure us that the dance was as equally beautiful to her as it was to all of those who laid no claim to the rope, or to me. When the dress was tied, and our new friend bound, I slowly moved her to a nearby table. I bent her over it and had sex with her in front of the crowd of voyeurs — the ladies slowly sipping their jealousy at the nearby table. Naomi would later tell me that watching me with Emerald was among the most exciting experiences of her life.

I removed the rope from Emerald, wound it up, and put it back in my bag. Others came to request the experience, and we denied them all. I only wanted to be with Naomi then. We had drinks, talked, and had sex on the bench at the table where we’d started the evening.

Looking back on that night, I can honestly say that if I could have sex with anyone I wanted to, I probably would have had sex with more women. And left to my own devices, I would definitely meet nice women and hook up for meaningless sex at my own pace and whim. But I don’t.

Why? Because that part of me doesn’t belong to me anymore. I’ve given it to Naomi. 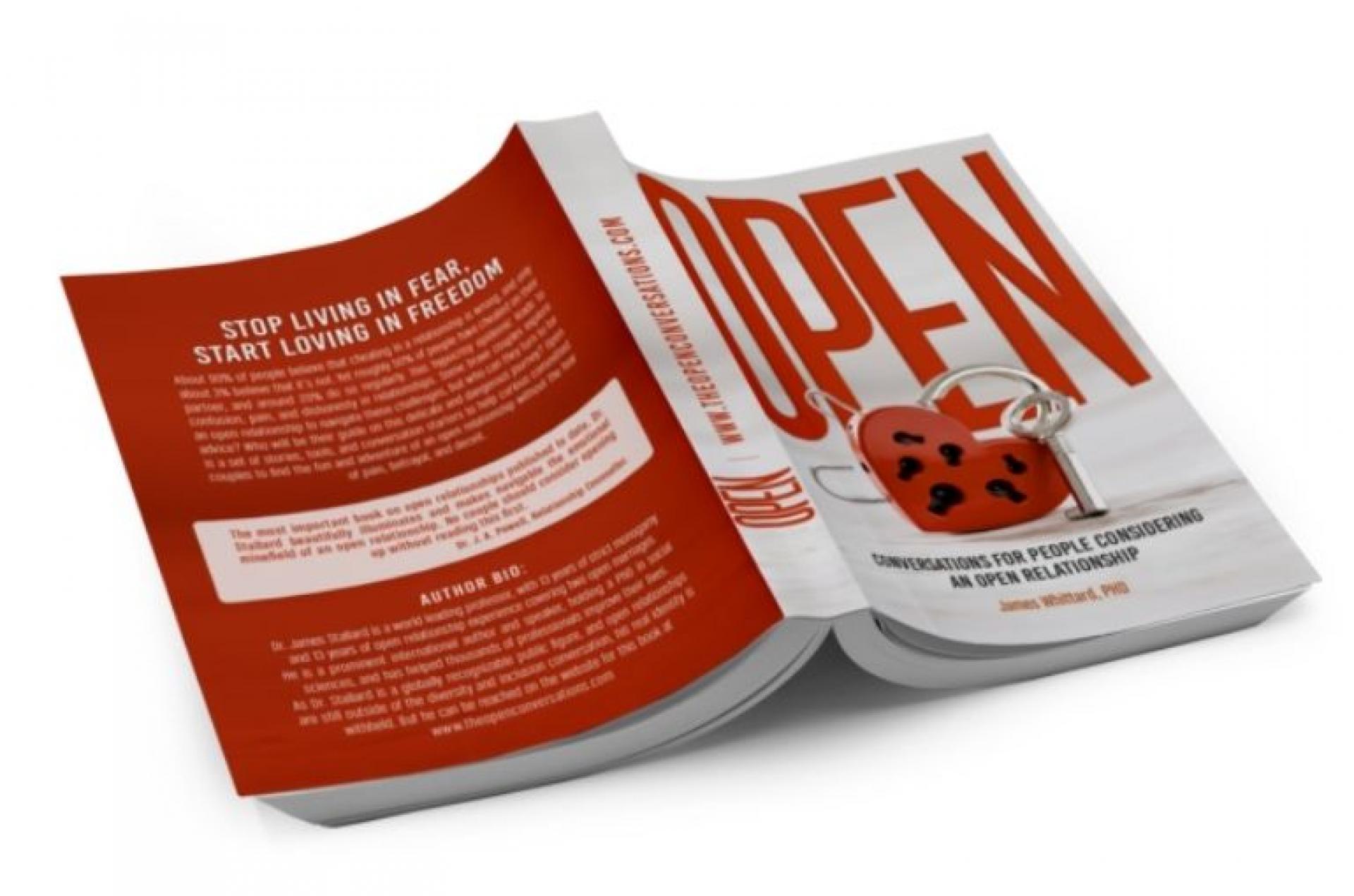 This post is an excerpt from the upcoming book OPEN: Conversations for People Considering an Open Relationship, releasing October 2021.